The work completed by the Wallis and Futuna Environment Service to manage invasive species in their country, has earned them the 2021 Pacific Invasive Species “Battler of the Year” Award.

The accolade, which until now has been won by an individual since its inception in 2017, recognises Pacific invasive species field-based practitioners who have worked at the grassroots level and achieved an outstanding outcome for biodiversity from the use of minimal resources.

The Wallis and Futuna group embody that and more. They successfully led rat removal operations on four islets; removed 30 large century plants and over 1,500 seedlings, and removed over 1000m2 of taro vine. This work was conducted under the European Union-funded PROTEGE project.

The winner was announced during a webinar hosted by SPREP’s Island and Ocean Ecosystems Programme’s Invasive Species Team, where Invasive Species Adviser, Mr David Moverley, congratulated the winners. He acknowledged the challenges posed by COVID-19, which meant support for the Wallis and Futuna team on the ground was very limited. However, meticulous planning of the operation – including community consultations - ensured it was hugely successful. 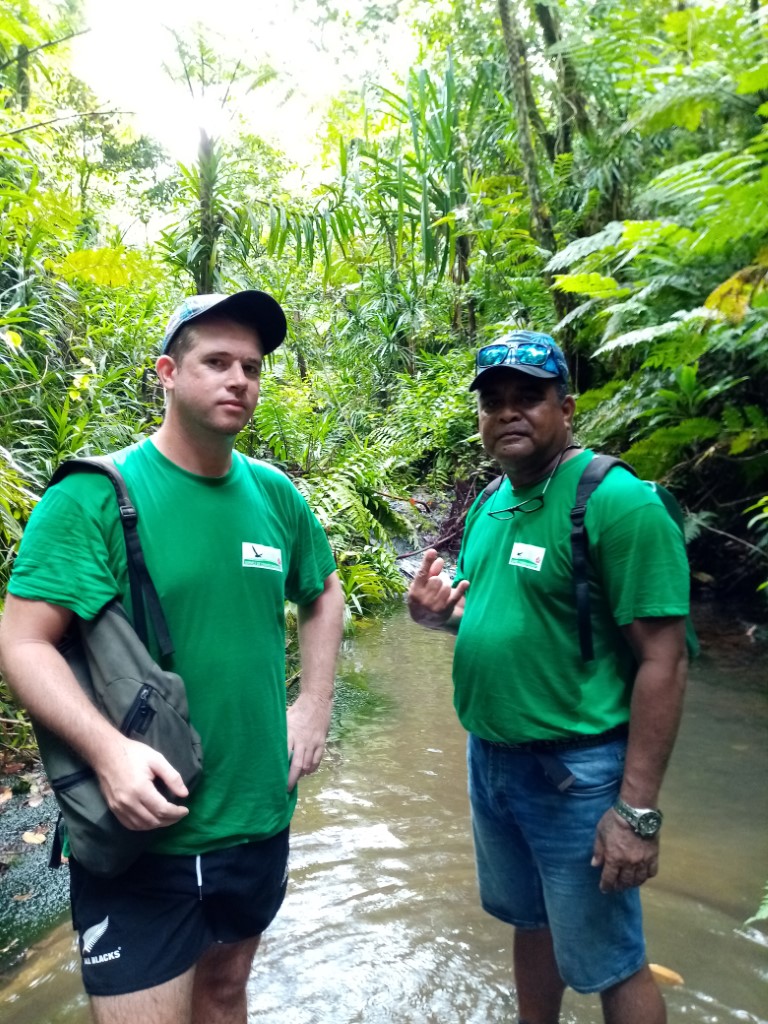 “We want to offer our sincere congratulations to the winners of this year’s Battler of the Year award. I think it is quite remarkable that the team in Wallis and Futuna came together, to conduct work in the field, supported remotely and were able to achieve success, battling through the various challenges brought by COVID restrictions,” said Mr Moverley.

“All this was only possible thanks to previous capacity building training some of the Environment Service (STE) team had participated in, in the past. They were able to share their knowledge with the rest of the team, follow training provided remotely by the Pacific Regional Invasive Species Management Support Service (PRISMSS), and effectively share information abroad to facilitate implementation on the ground. We are extremely proud of them.”

The “Rats, Reef and Resilience” webinar was well attended by participants from the Pacific and across the globe. Acting Deputy Director General, Strategic Policy & Technical Programmes and the Director, Island and Ocean Ecosystems, Stuart Chape, reminded that the first line of defence to adapt to climate change is our unique Pacific biodiversity.

“Pacific island communities are heavily reliant on resilient ecosystems to adapt to climate change as they provide for current and future development. Invasive species are one of the principal causes of biodiversity loss and the principal driver of species extinctions on islands and are a global threat to food security and livelihoods. Much of the Pacific is highly impacted by the stressors of introduced invasive mammalian predators, such as rodents, and invasive plants which are transforming ecosystems, increasing the vulnerability of species, and decreasing the ecosystem’s ability to adapt to change,” Mr Chape said.

The interactive webinar included a focus on the work being done by the award-winning team from Wallis and Futuna. In the Creature Feature section of the programme, the meeting zeroed in on the devastating impact of rats on the environment.

“Species are the building blocks of biodiversity and ecosystems and their services. Invasive species have been the primary cause of global extinctions in the past five centuries. Island species are particularly vulnerable. Effective management of invasive species is key to protect terrestrial and marine systems, supporting their function and increasing their community’s resilience to change.”

The webinar also marked the beginning of a regional invasive species mainstreaming strategy, which will be implemented over the next few years. The strategy and the webinar were funded by the New Zealand Ministry of Foreign Affairs and Trade under the “Managing Invasive Species for Climate Change Adaptation in the Pacific” project.

THE BATTLER OF THE YEAR AWARD